February is Black History Month! To kick off this month, we’d like to talk about the contributions of Black members of the original Civilian Conservation Corps (CCC), and their efforts on public lands despite the oppression they faced due to the historical realities of segregation and racism in the government and the history of conservation corps in the U.S. 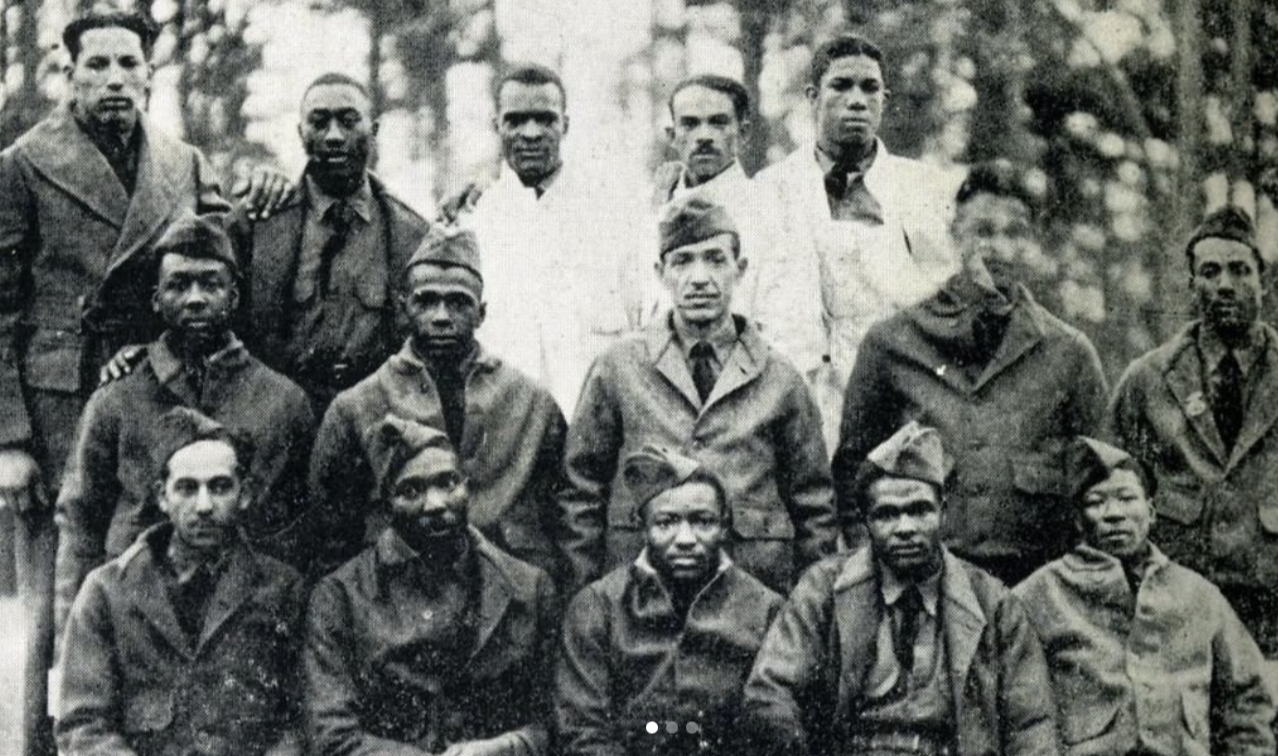 During the Great Recession, President Franklin D. Roosevelt initiated the CCC to help mitigate the problem of massive unemployment in the U.S. and to build the country’s natural resource infrastructure. About 10% of CCC crew members were black (around 200,000 men in the span of the CCC’s activity). Despite Oscar DePriest’s promise, the only black member of congress at the time, to forbid the CCC to discriminate based on “race, creed, or color” the CCC was still segregated based on the argument that “segregation is not discrimination.”

Since the CCC existed during the Jim Crow era, this promise was not fulfilled. Camps were often segregated by race to reduce community outcry, and many of the 150 camps of Black men were built on remote federal lands that were further from the public. However, their efforts were instrumental to the CCC's success especially for rural areas.

In this series, we showcase creators in the environmental and conservation space who are making outstanding efforts in elevating BIPOC and underrepresented voices in the outdoors. 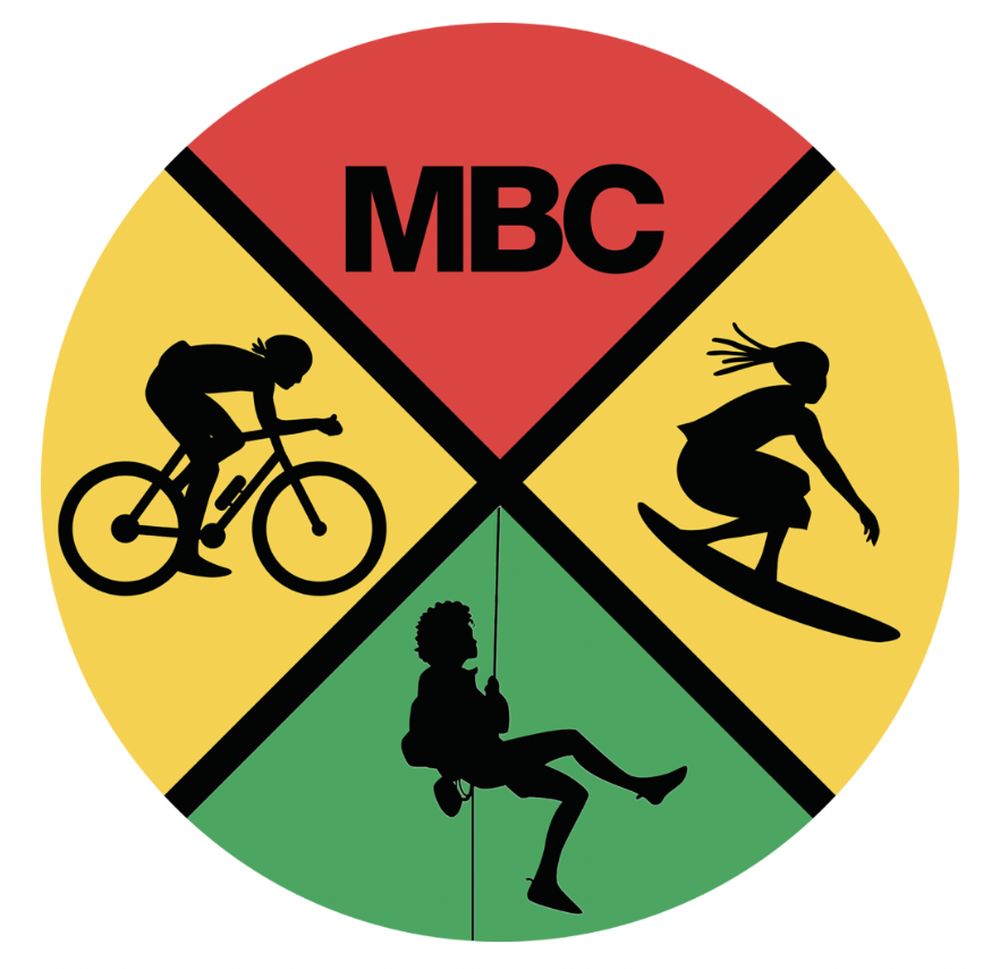 First up on our list is Melanin Basecamp. We love both their Instagram feed and their blog, which are each frequently updated and chock-full of beautiful photos and powerful stories. One of our personal favorite articles is 10 Things I Wish My White Outdoorsy Friends Knew About Me. We always appreciate their straightforward, unapologetic voice and the unique angles their stories tend to take. For example, read their piece on Why Black Women Shouldn’t Try Adventure Sports. Give them a follow and thank us later. 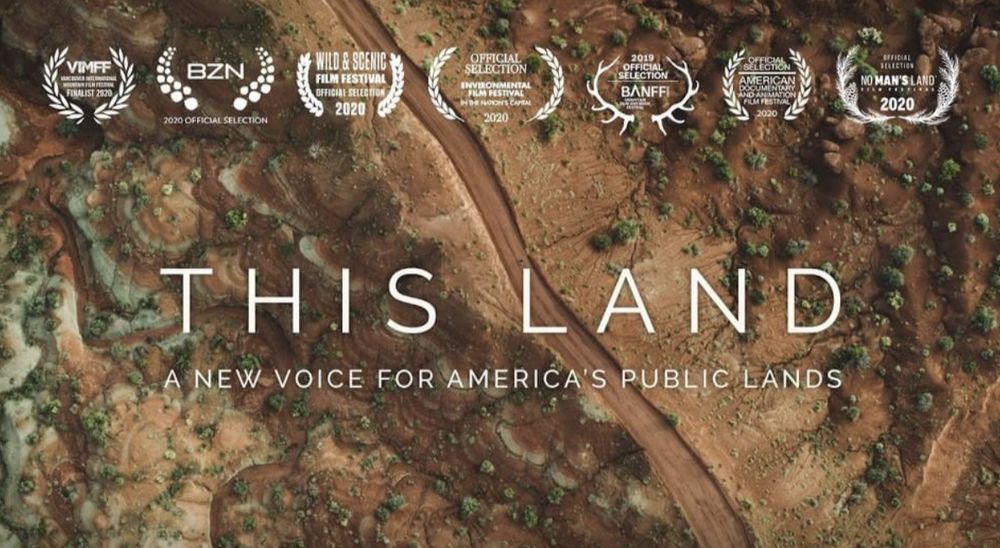 Faith is a freelance documentary filmmaker, storyteller, and director who focuses on representation. Additionally, she is an environmentalist that focuses on the disconnect between social and environmental justice. In our post above, we feature the documentary This Land that Faith produced and starred in about a running expedition from Portland, OR to southern New Mexico. She traveled this journey with fellow runners to bring awareness to three national monuments whose status as national monuments were called into question in 2020. In this documentary, Faith says; “I think that people think that because public lands are for the public, all people feel welcome there, and that’s just not the case.” Faith makes the case for accessibility of public lands in this documentary. 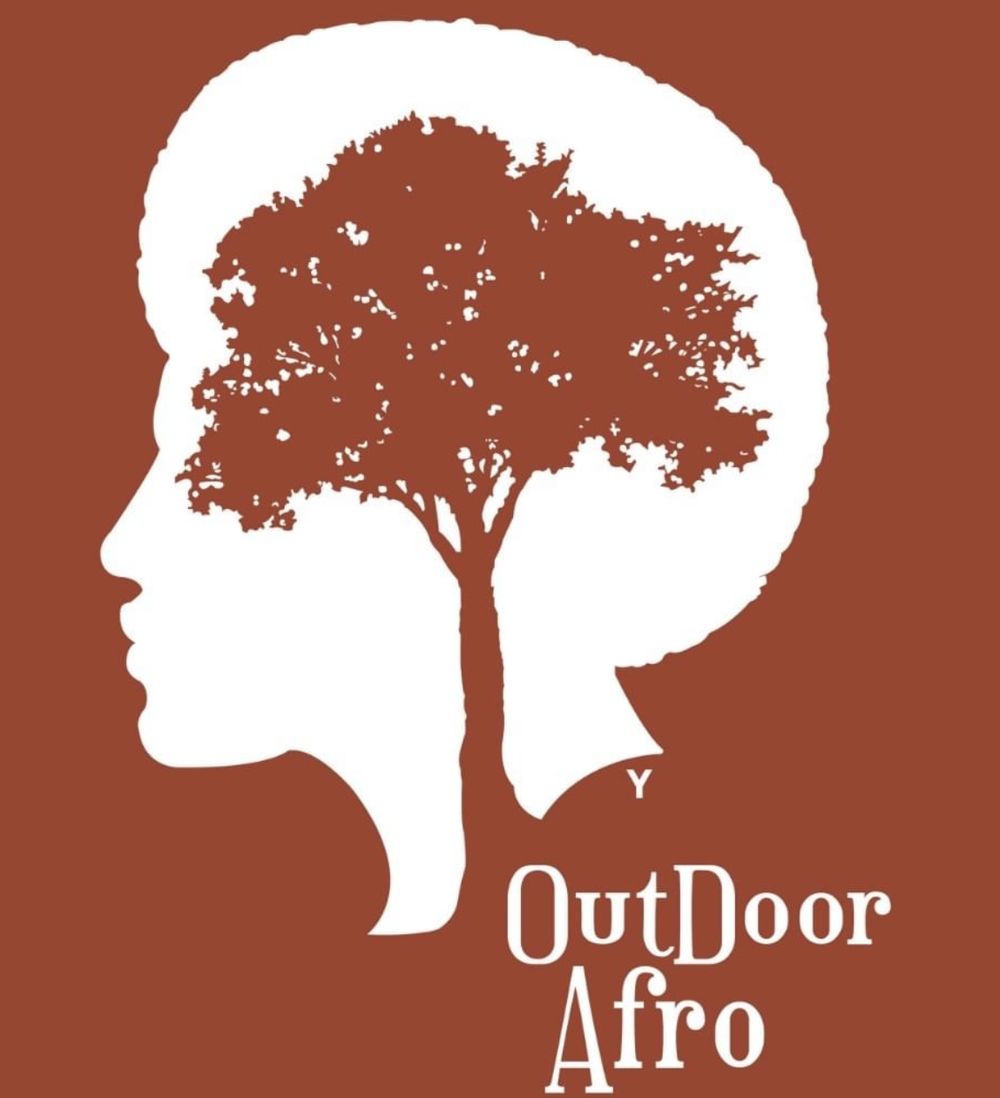 In addition to creating this amazing platform, Rue Mapp is also a National Geographic fellow, a member of the California State Parks Commission, and is a published author. Give @OutdoorAfro a follow and get inspired! 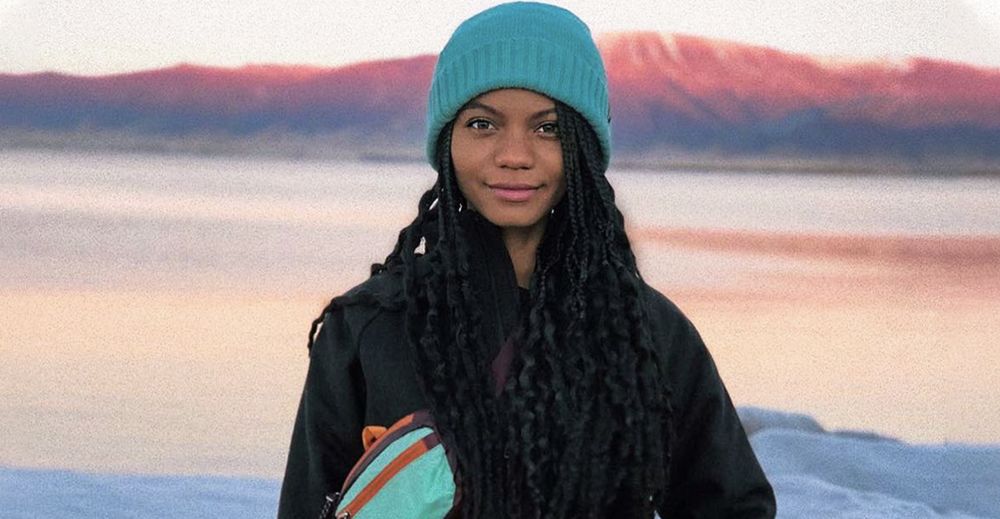 ‘Dismantle Systems of Oppression in the Environmental Movement’, is the clear-cut demand from Intersectional Environmentalist, front and center on their website. We love IE because of their firm belief that climate justice is social justice, the intersectional lens through which they examine environmental issues, and their consistency in elevating BIPOC voices in the outdoors and environmentalism. Founder Leah Thomas (@greengirlleah) is an intersectional environmental activist and eco-communicator, and is prolific in her work—she writes for The Good Trade, has spoken at the New York Times Environmental Climate Hub, and is an author, just to name a few of her accomplishments. 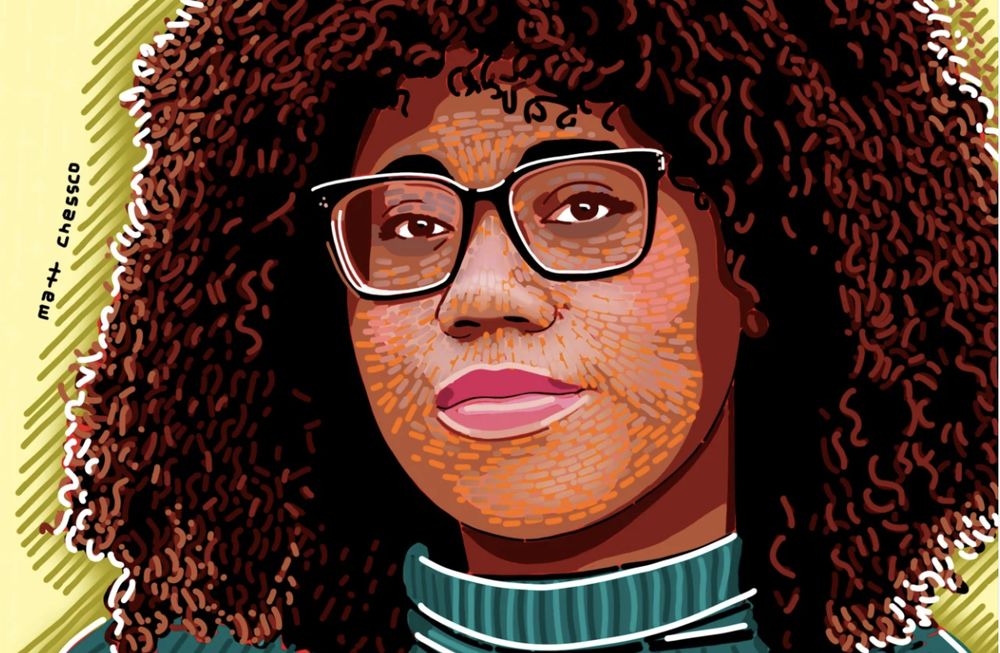 We’re completely obsessed with Alexis Nikole Nelson, the foraging and environmental science enthusiast behind the massively popular Black Forager instagram and TikTok accounts. Alexis forages for wild food and then shares recipes and cooking tips with her audience. She’s hilarious, extremely knowledgeable, can pronounce even the most complicated scientific plant names, and we have learned so much from her posts.

Check out her recent post to hear how Alexis’ lived experience of being Black in the outdoors informs every aspect of the content she creates and the experience she shares. 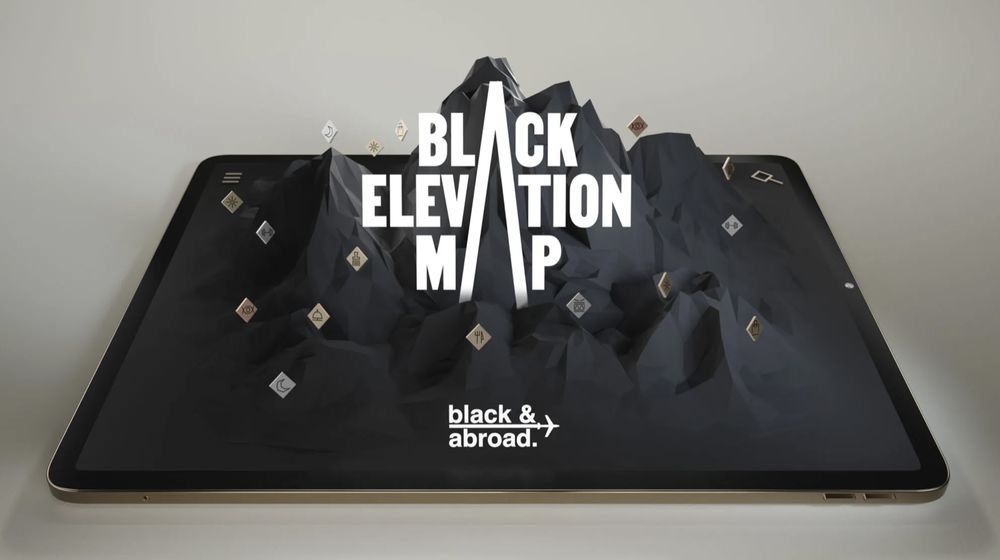 Created by travel company Black and Abroad, The Black Elevation Map is more of a resource than a group, but we wanted to include it here because it’s one of the most incredible tools for connection and support that we’ve seen in a long time. Launched in conjunction with #BlackHistoryMonth, the map “visualizes Black cultural data as elevation on a map of the U.S.”

Use this map as a tool to discover and support Black-owned businesses across the country, self-educate about Black history in your hometown or places you’re planning to visit, or explore one of the ten ‘Tour the Culture’ guides.

“Explore a new map of America,” prompts the Black Elevation Map’s website. “With curated guides, 30,000 points of interest and the millions who make it rise.”

There is so much knowledge to obtain from this tool, so spend some time clicking through today! 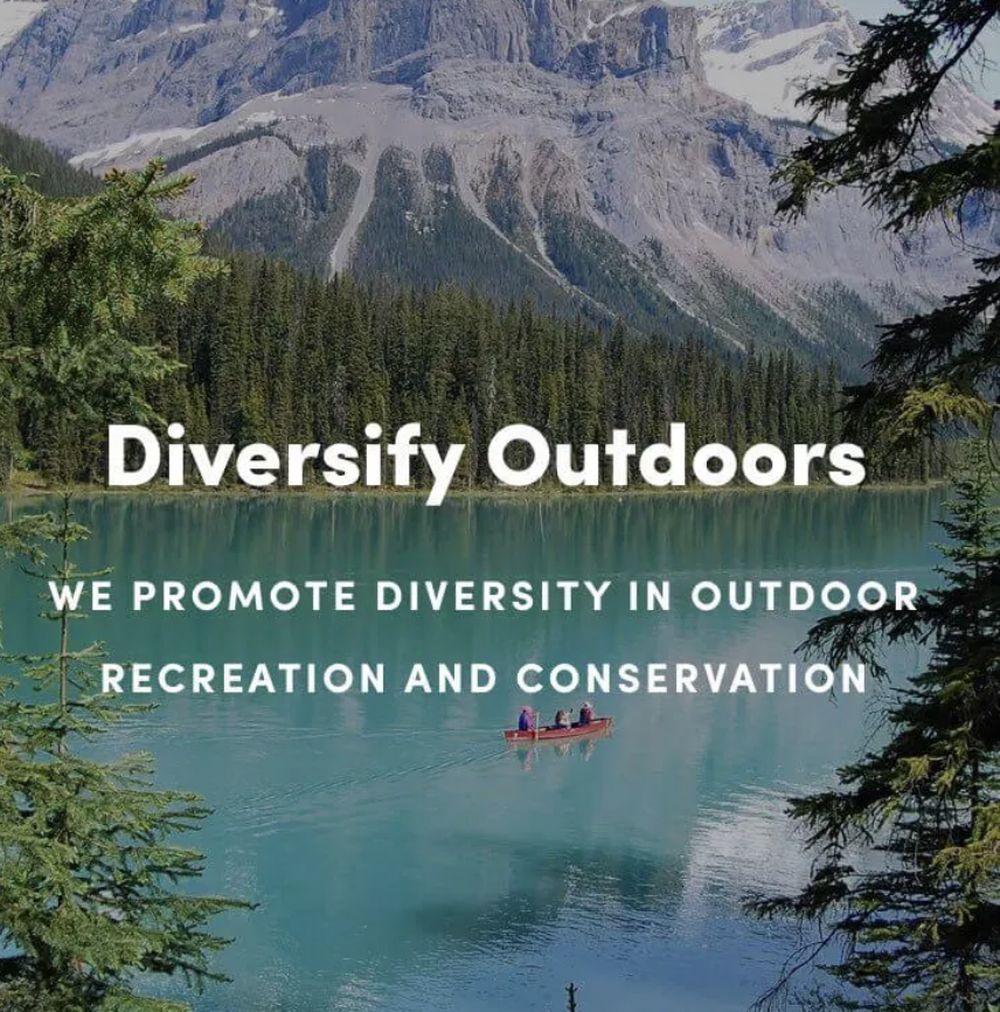 Diversify Outdoors was founded by Danielle Williams, who also helped to start Melanin Basecamp which we featured above. So we’re not sure if we’re gushing too much or not, but…just keep it to yourself if we are, ok?

Conservation Legacy just officially joined Diversify Outdoors, which is a coalition of bloggers, brands, companies, and entrepreneurs, in 2022. The aim of the coalition is to connect those who work to promote diversity in outdoor spaces where people of color, LGBTQIA, and other diverse identities have historically been underrepresented. By joining the coalition, we are now connected to a larger group that has banded together to positively impact the diversity, equity and inclusion of the outdoor recreation and environmental conservation industry. We are honored to share space with the other incredible organizations and individuals in the Diversify Outdoors Coalition.