August 27, 2019 | AZCC White Mountains Crew 361 joined HistoriCorps for a week of historic preservation work in Pinedale, AZ. Located in the Apache-Sitgreaves National Forest, the crew worked on the Pinedale Ranger Station originally built by the Civilian Conservation Corps (CCC) in 1934. Upon arrival, the former barn was quite a sight – panels of white and teal lead paint were peeling off the sides, patches of rooftiles were curled and missing, and failing wood was clearly visible. Our wonderful project partners from HistoriCorps continually taught, supervised, and laughed alongside the hardworking crew the entire week. Natalie Henshaw, the Project Supervisor, was an extremely knowledgeable, enthusiastic leader with a knack for identifying and restoring historic windows, and Allison (Alo) Osberg, the Crew Leader, was an exceptional carpenter, and a patient and willing teacher. 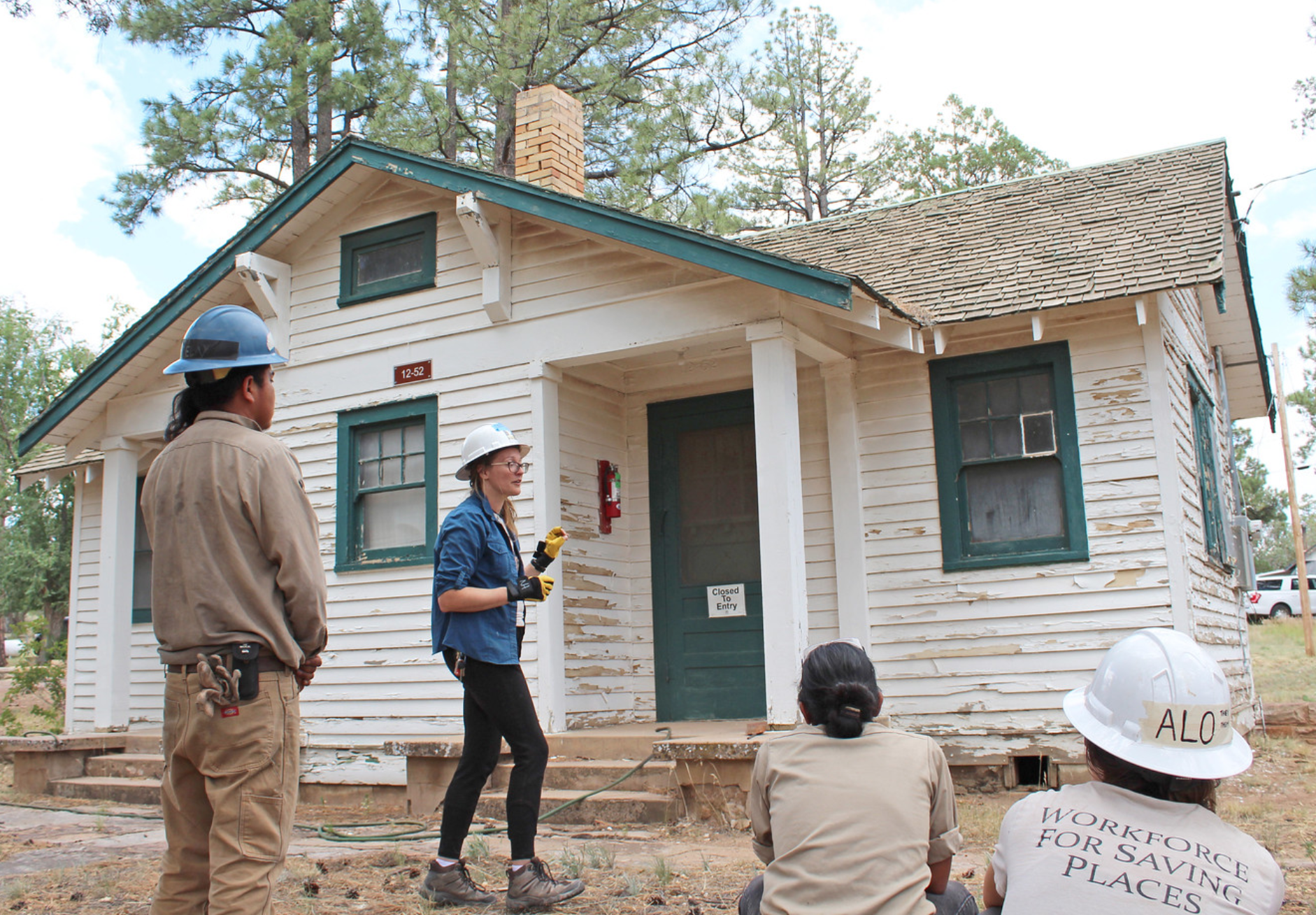 Natalie and Alo explained that the majority of the preservation efforts for the week would be scraping and striping the toxic lead paint that covered the building’s exterior, in preparation for repainting. Paint is often the first line of defense from the elements – and buildings are much less likely to be vandalized if they’re well cared for. We kicked off the week building a containment tent lining two exterior walls – this prevented lead paint chips from blowing away and becoming an environmental contaminant. Then, we suited up in our lead-isolation suits and PPE: Hard hat, eye pro, special lead-dust respirator, rubber gloves, full body suit, and shoe covers. Donning paint scrapers and brushes, we got to work in the sweltering saunas we constructed. With no air-flow and tarp tents, the mid-July sun proved to be brutal, and sweat started pooling instantly. But the crew kept their moral up – AZCC Crew Leader Sheldon sang deep bellowing country songs, with members pitching in a line or two, and all were chatting through rasping respirators about favorite movies and music. While the containment tent was hot and crowded, it was also full of jovial energy. 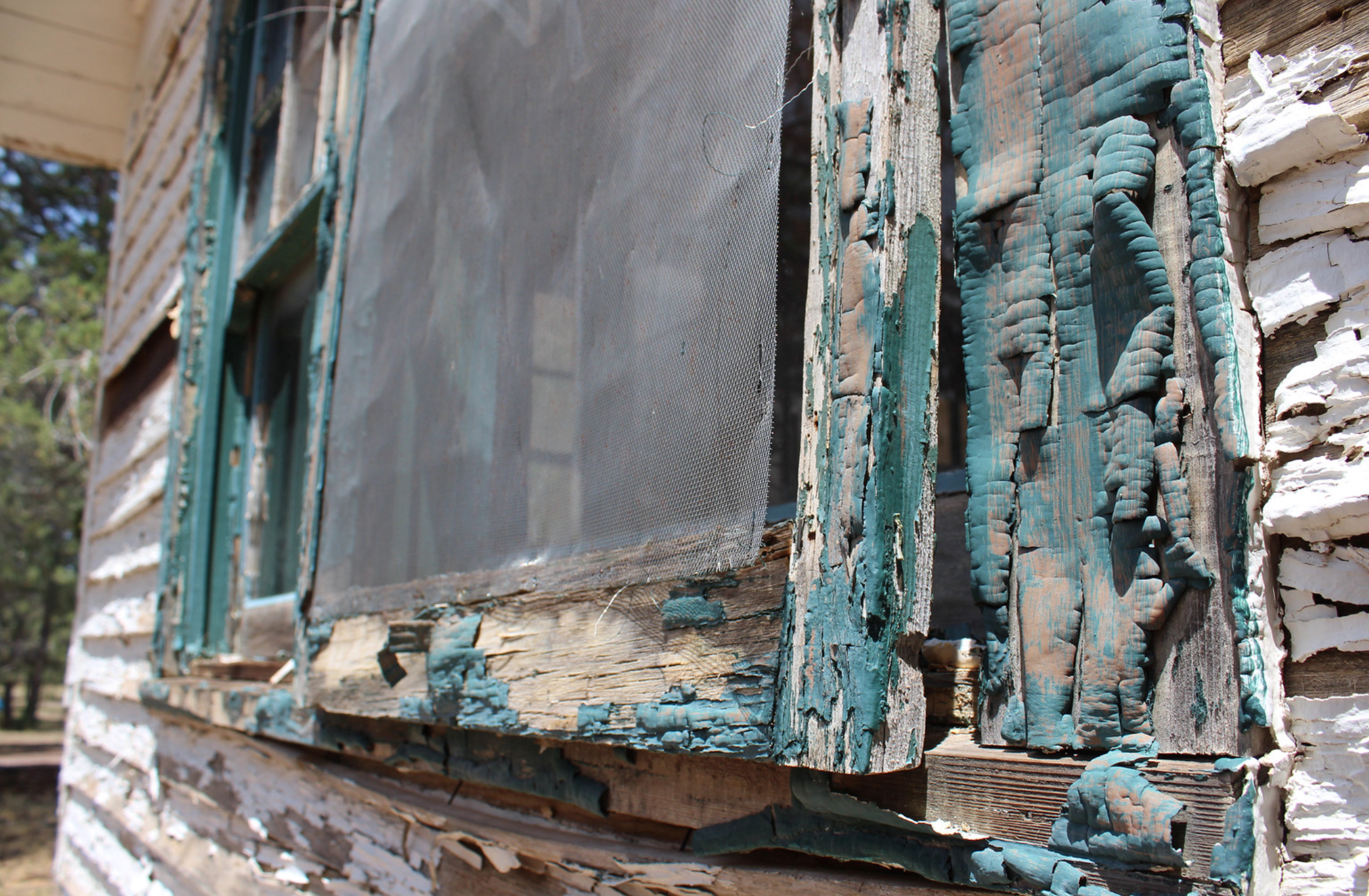 In between paint scraping, each crew member got to choose, remove, and restore a window from the ranger station structure. Using a Speed-Eater to speed-heat the lead paint for removal, each member learned how to remove, clean, and re-glaze the glass. Once the windows were returned to their rightful sills, every member was able to point to a window and proudly say, “I did that!” Natalie and Alo instilled a sense of ownership in the crew, and their dedication and perseverance showed it – scraping paint for hours on end is not glamorous work. However, both crew and staff were able to keep the enthusiasm up through the sweat, heat, and laborious project work. Partnering with HistoriCorps was an exciting change in pace for the trail crew. It showed them that the skills they developed on the trail can translate to a variety of different fields; whether that might be historic preservation, carpentry, and renovations, or leadership, and keeping a positive attitude. 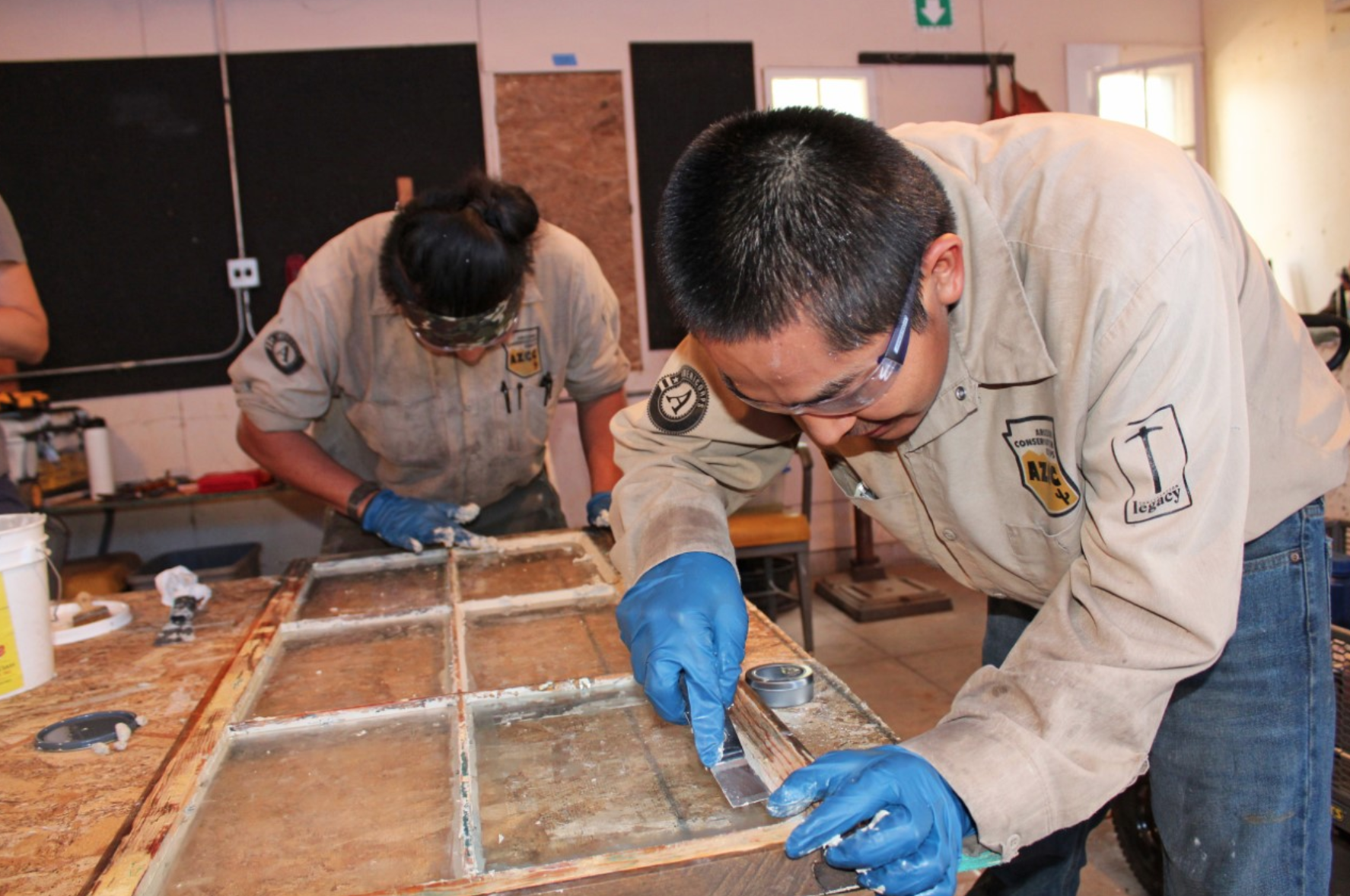 Words and photos by Amber Wong. 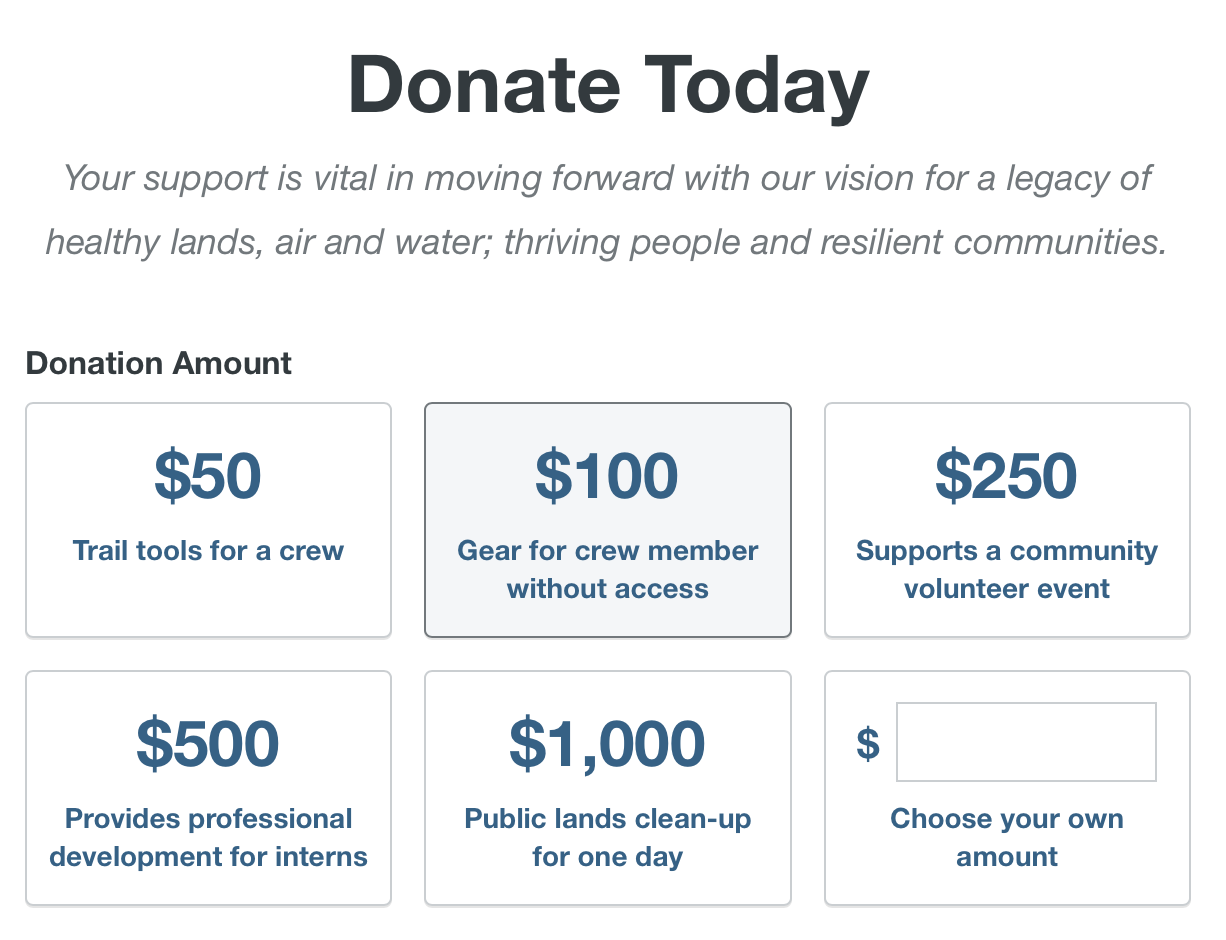