March 2020 | A quick hike up a sloping, exposed hill revealed a stunning view of the Organ Mountains and across Las Cruces. The sky was a bright grey mass of clouds, promising rain tomorrow, but not quite today. Back on the hill, the tawny stretch was wide and established, allowing two of us to walk side by side. Unearthed stones neatly lined the edge of the trail holding back the rocky expanse of prickly pear cactus, creosote, mesquite and ocotillo. 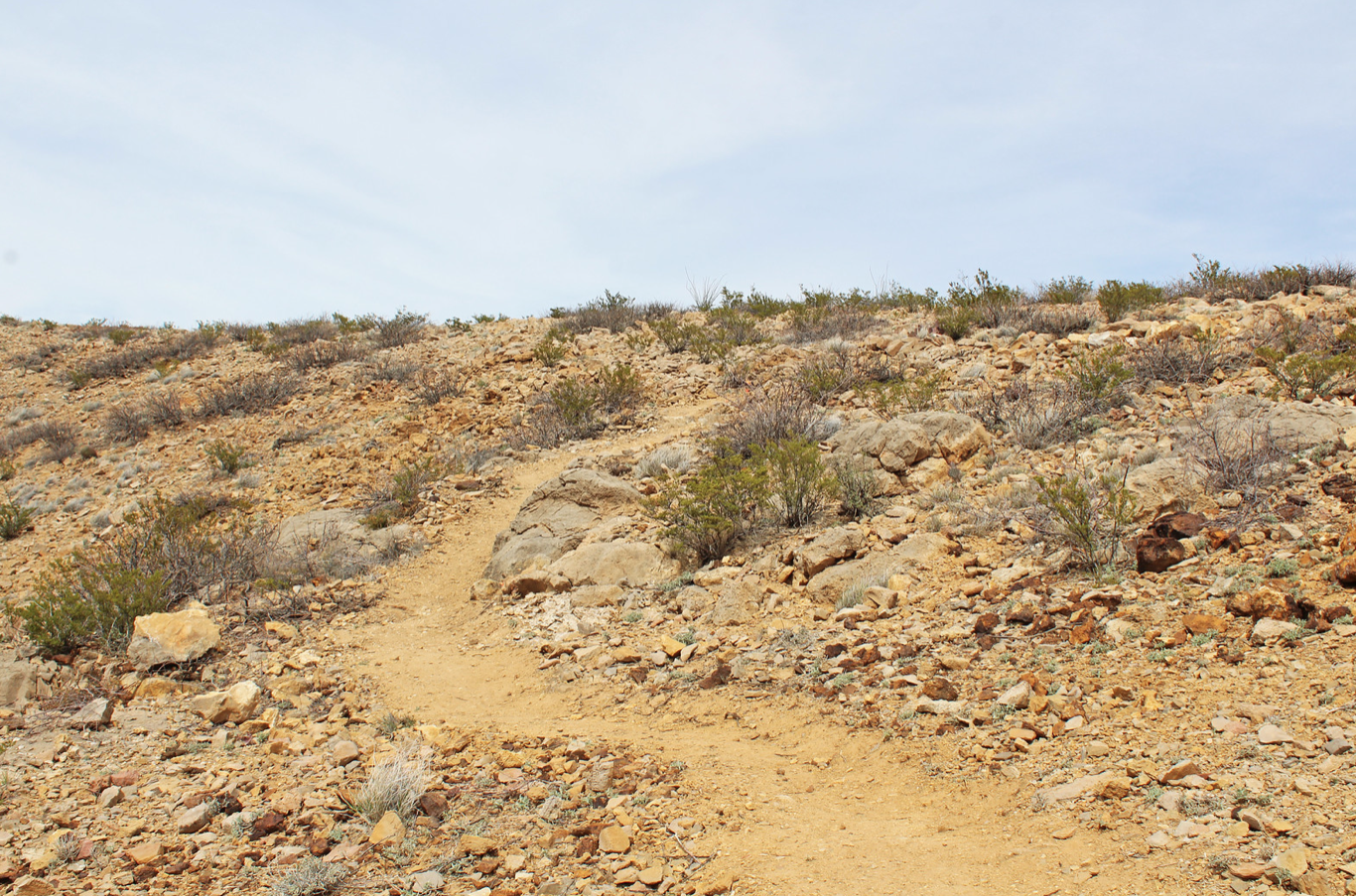 As we walked, Conservation Corps New Mexico’s local project partner, Edna Flores, gestured to the land we were walking through, showing us where CCNM’s local crew had worked the days before. Edna is the Outdoor Recreation Planner for the Prehistoric Trackways and Organ Mountain Desert Peaks National Monuments for the Las Cruces Bureau of Land Management. Her title is a mouthful, and not for no reason; it barely breaks the surface expounding her BLM responsibilities. 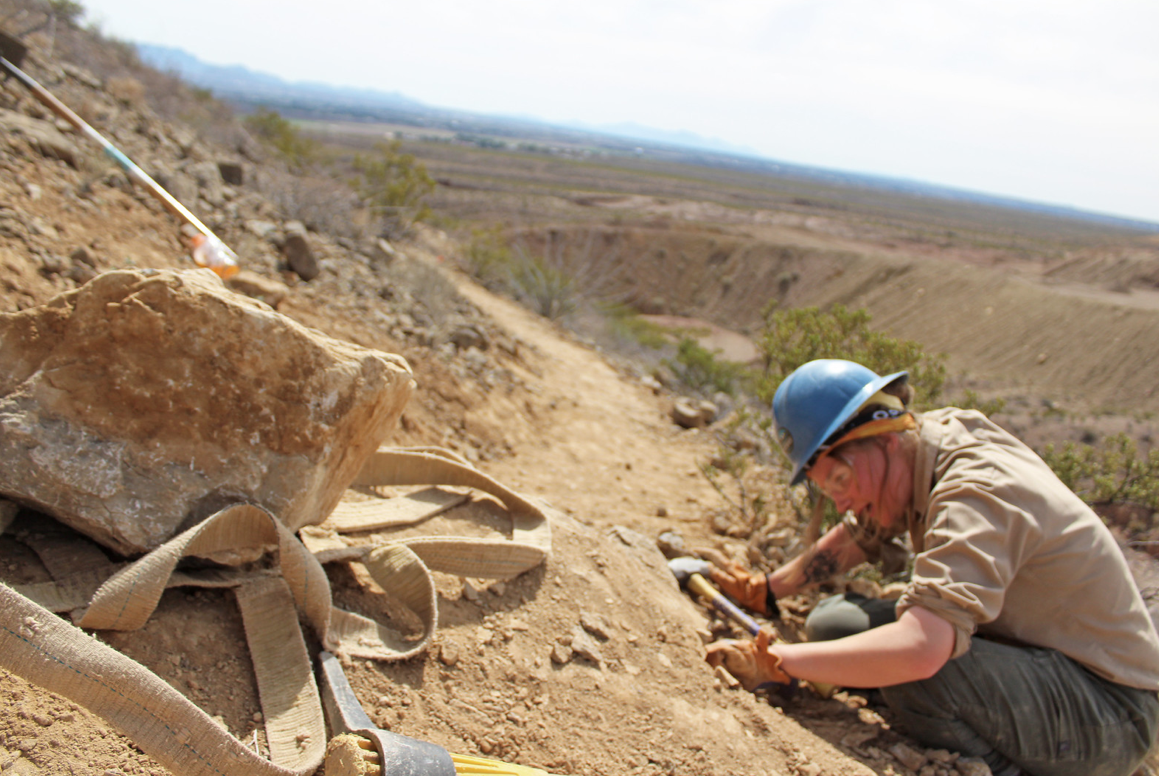 We round a corner and see Crew 522, hard at work. The project they were working on was an exciting one: the crew was doing trail maintenance in a wilderness area that took ten years to get designated (2009-2019), and on a reroute project that had also been years in the making. For a total of 8 weeks, Crew 522 rerouted three trails on the Ridgeline Trail. This crew was CCNM’s first local trail crew! Local crews follow a schedule slightly different from their camping counterparts, and members are specifically recruited from the greater Las Cruces and El Paso areas. Projects are mainly based in the county and the crew is on the ground Monday through Thursday, returning home each evening. 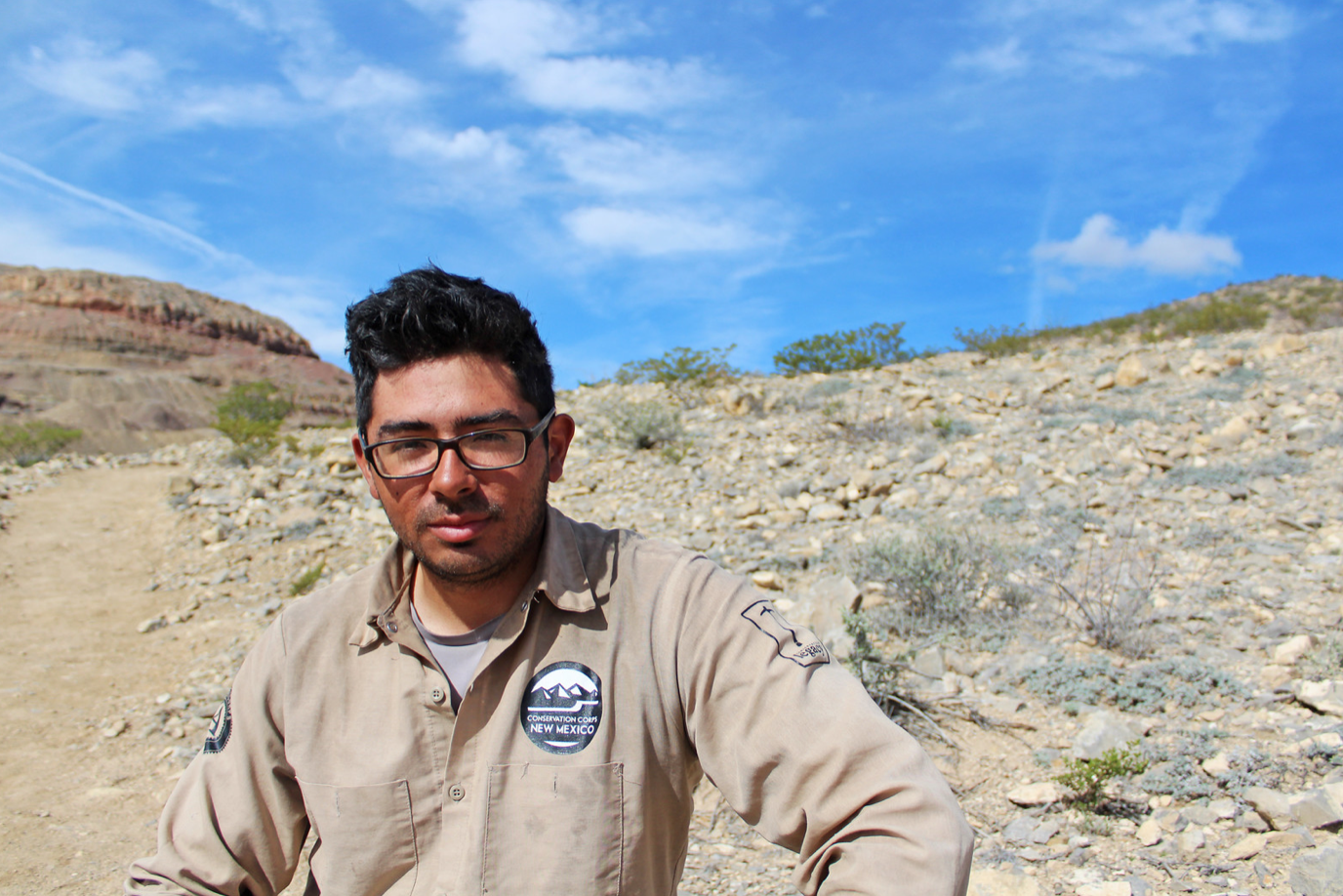 This project was special because of the history and significance it has on a community and nationwide scale. Because the Prehistoric Trackways National Monument originally built its trails for jeeps, it was not very accessible to hikers, mountain bikers or equestrians. By increasing this accessibility to the Las Cruces community, it’s also drawing in a population to the second distinct part about this project: access to the Discovery Site. 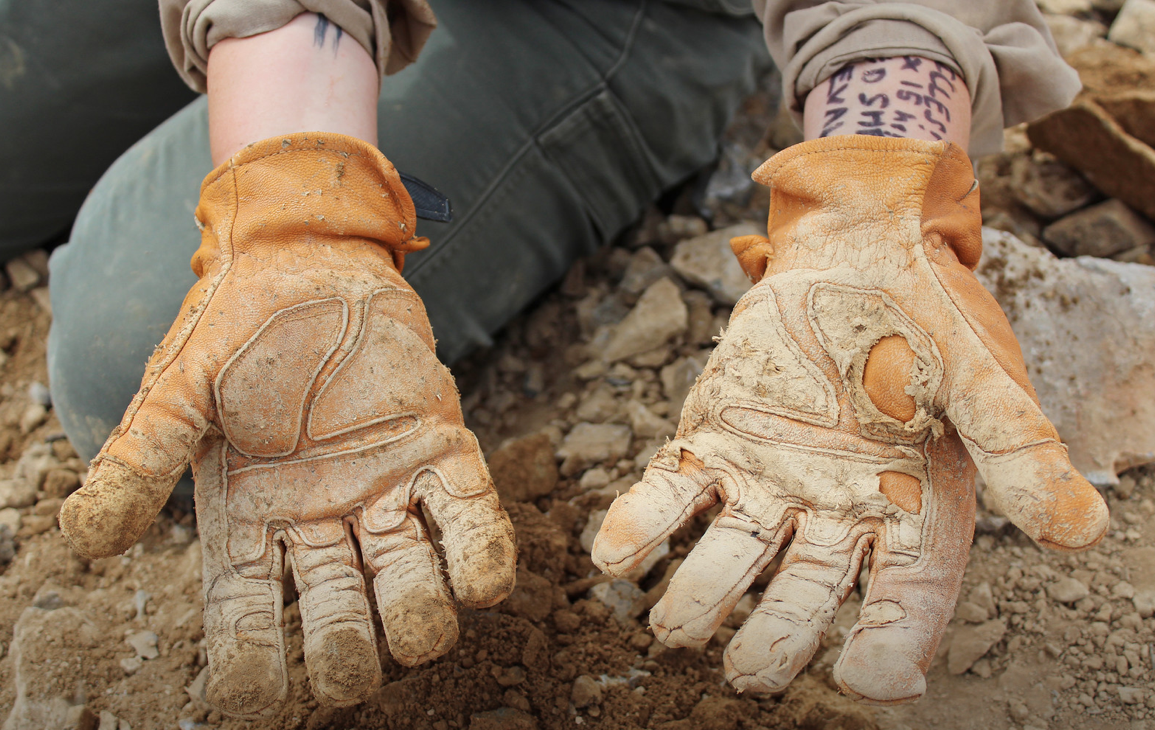 Walking up the carefully rerouted paths of Ridgeline Trail, there is a steep drop off to the left, down into a wash. This is the Discovery Site, known for its major deposits of Paleozoic Era fossilized tracks from numerous reptiles, amphibians and insects (including previously unknown species), as well as fossilized plants and petrified wood dating as far back as 280 million years! This site is nationally significant for paleontological, scientific and educational purposes, and for the information that can still be gleaned from the fossilized life here. Crew 522 had the opportunity to tour the Discovery Site with a paleontologist and learn about the rich history revealed in this national monument. As they reroute the Ridgeline Trail up above the wash, they’ve all been keeping their eyes out for any red rocks imprinted with prehistoric animal tracks.

Connecting the Ridgeline Trail with the Discovery Site creates an accessible and educational loop in the Prehistoric Trackways – interpretation signs will soon be installed in the Discovery Site, and once completed, the Ridgeline Trail will create a scenic alternate for the community. While the reroute was in progress, Las Cruces community members were already excited to utilize the more user-friendly trails.