Conservation Legacy's Great Appalachian Valley Conservation Corps (GAVCC) began work in the Monongahela in the Spring of 2018, kickstarting a 2-year-long partnership between GAVCC and the US Forest Service. Crews have contributed over 3,000 hours of hard work on this project. 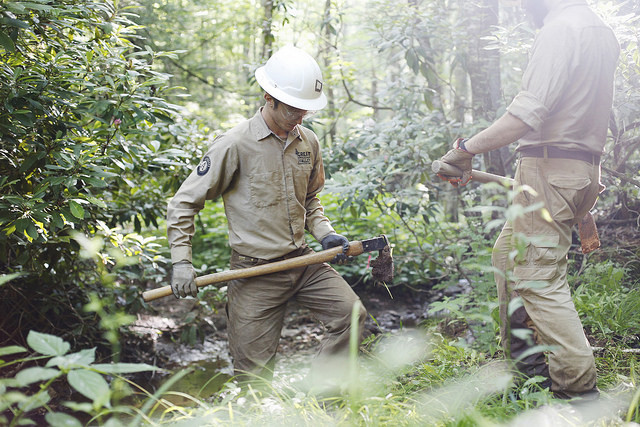 The Monongahela National Forest lies within the Alleghany Mountains of West Virginia and protects over 900,000 acres of federally owned land, 100,000 of which is designated wilderness. Red spruce, balsam fir, and mountain ash trees thrive here, and if you know where to look, you can find pristine stands of old growth forest deep within the mountains. The Monongahela was established following massive deforestation during the late 19th and early 20th centuries, which in part contributed to the drastic reduction of white tailed deer in the area. The deer were almost completely eradicated, but gradually returned to healthy population size after the forest was protected. 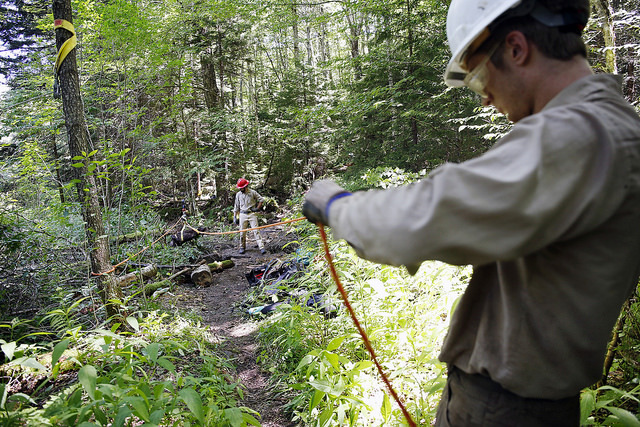 The goal is to repair the infrastructure of multiple trails within the forest, primarily along Tea Creek, which were severely damaged by flooding. This area was given "ERFO" (Emergency Relief for Federally Owned Roads Program) funding through the Department of Transportation. Crews are re-routing unsustainable sections, building new tread, constructing bridges, and implementing highline rigging to do large-scale rockwork.

In early July GAVCC Crew 114 was doing rock work to repair a washout on a trail with the help of a griphoist to move large boulders, redirecting an unsustainable section, and generally getting really, really muddy. 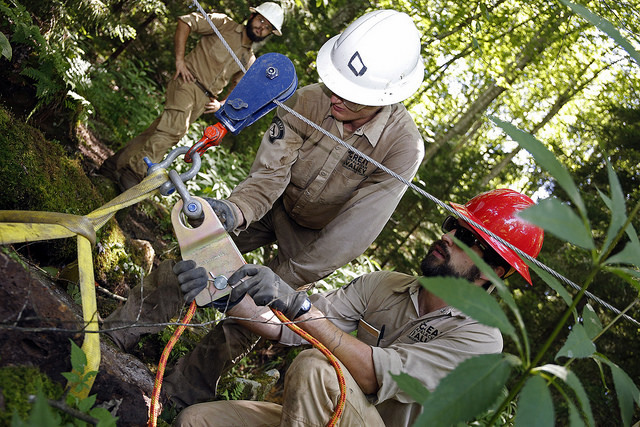 After work, they hung out around a modest campfire and talked about everything from dungeons and dragons, to James Brown, to whether a bear might be attracted by the mutton they'd cooked earlier, which was provided courtesy of Program Director and GAVCC Founder Zach Foster.

"When we do this work, we use griphoists to move large rocks that would be difficult to move without mechanical assistance," explained GAVCC's Development and Training Coordinator Robbie Pullen. "We anchor the pulley to one tree and run the highline out past where the rock is that we want to move. We then attach the rocks to the highline, and when it is pulled tight, the boulder is lifted into the air. The use of a griphoist is important because it allows us to do heavy rock work without damaging the earth or the potentially fragile ecosystems that we work in." 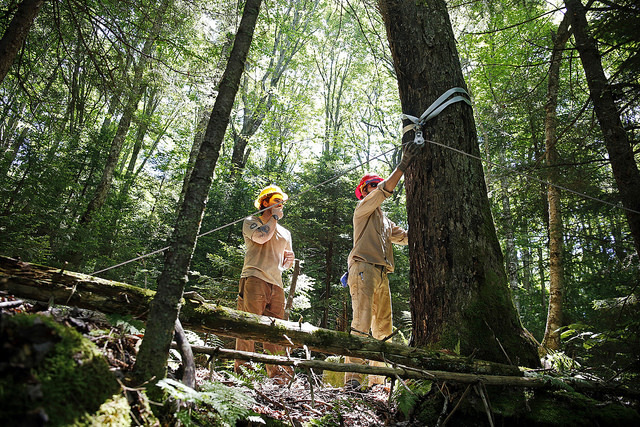 GAVCC Crews will continue to work in the Monongahela for the next several years.